Memories of a Farm 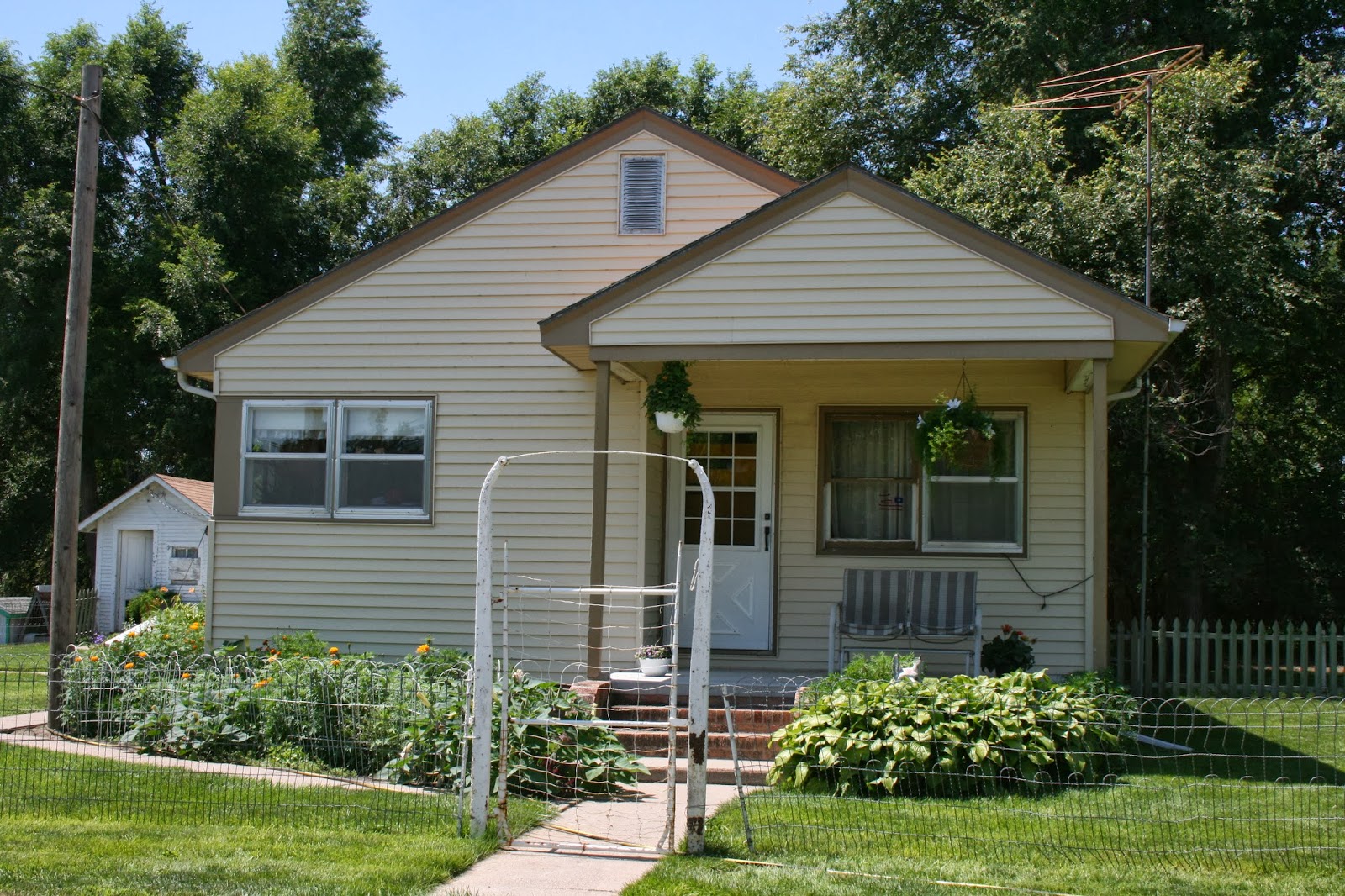 Today my grandparents' farm went up for auction, as per the instructions in my grandmother's will.  It has been difficult for me to contemplate, because it makes her death and the death of my grandfather seventeen years ago seem that much more final.  More than that, it seems to be a loss not only of them, but of their very memory.

That farm was the location of some of the best moments of my childhood.  A trip to see my mother's parents was always a special treat.  We drove an hour over the flat Nebraska plains, taking some family-patented short cuts on windy prairie roads before jumping on I-80 for the home stretch.  If you want to see my grandparents' farm, it's pretty easy, since it sits close to the interstate right before the Elm Creek exit heading west bound, so close in fact that it bisected my grandparents' farm when the government built it.

A trip to the farm house meant a lot of things, almost all of them good.  My grandma was a master baker, and used food to express love.  I could count on having access to home made cookies and at least two kinds of pie, not to mention the traditional dessert of vanilla ice cream with Hershey's chocolate syrup -from a tin can, not a plastic bottle- drenching it.  On the farm they called lunch "dinner," and dinner usually meant a juicy pot roast and buttery mashed potatoes that had been picked, like the cucumbers, sweet corn, and tomatoes, from my grandma's garden.

Dinner usually came after we kids had spent some time running around in the trees that surrounded the farm.  There were always plenty of yard cats to play around with who were well fed by the scraps from grandma's table.  We gave the cats eccentric names like Mischief Maker (a gregarious orange tom who was my favorite) and Oldsmobile (a calico whose name was inspired by a friend's cat named Mercedes.)  Our family's first cat, a shy grey huntress named Frisky, came from a litter born on the farm.

Better than playing with the cats was building forts.  Our first attempt was more of a grass hut built in the shelter belt of trees in back of the house next to the gravel road.  My sisters and I leaned three long logs against a tree and covered it with the long prairie grass growing the road ditch.  Later on my cousins and I constructed a fort in a small clearing in the trees using chicken wire.  Soon enough, however, we moved to a prime spot near the tall metal grain bins where we were to make use of the contents of my grandpa's junk pile.  It's a wonder none of us got tetanus, because we unspooled old barbed wire and picked up rusted-out buzz saw blades from the pile of scrap.  Occasionally my grandpa, a big man in a booming voice in overalls, would tell us sternly to be careful and not run around with sticks.  For the most part, though, our fort was the province of us kids.  When I returned to Elm Creek for my grandma's visitation, I drove out to the farm with one of my cousins.  He investigated the site of the fort, and could report that the basic structure was still there.  I only hope that the new owner doesn't molest it.

There was plenty of fun to be had inside the house too, of course.  I used to love sitting in my grandpa's huge recliner, well worn in by his massive frame.  He always liked to play around at being tough with us, even though we all knew he was a big softy underneath.  We played a game where I would sit in his chair when I knew he wanted to use it.  He would come over and give me a mock-mean face and say "get out of there!" while I would scurry away to the davenport (my grandma's word for the couch) with a laugh and he would smile, lean back, and light up a cigarette.  I always marveled at his huge hands, built from years of hard, manual work.  My grandma loved playing cards and board games with her children and grandchildren, and we spent countless hours as a highly competitive family playing pitch (a four-handed Nebraska game akin to euchre), Aggravation, Clue, and Uno.

Once every summer my sisters and I would spend a week at the farm.  I loved it, since it meant lots of quiet time for reading (I was quite the nerd) and plenty days to execute large fort-building projects.  It also meant that one of my cousins would come by and we would target tin cans with his BB gun, which I cherished because my mother did not allow my dad to buy me one of my own.  At night the low, long whine of semi-trucks on the interstate would lull me to sleep.  Still to this day it is a sound that brings me comfort.  The mornings meant a big farm breakfast with eggs and bacon, and my grandfather warming up his instant coffee in the microwave while listening to the farm report blaring out of the radio on KRVN.  It was an arcane mish-mash of words like "pork bellies" that I knew meant a lot to his livelihood, but I couldn't translate it.  It added to the mystique of being on the farm, living in a place that had its own rules and rhythms.

There was one bad thing about visiting the farm: leaving.  My mother has always been a big talker, so we never left while the sun was still up.   My grandma would usually have all kinds of goodies for us to take with, the best being big plastic bags full of kettle corn.  We walked out of the front door, to the gate of the fenced-in yard, with my grandparents behind us.  At that point my family would walk to our car ourselves, my grandma and grandpa standing at the gate waving good-bye to us until we were out of sight.  It was such a bittersweet feeling, hearing the crunch of the gravel underneath the car wheels as we drove under the impossibly massive dark sky of a rural Nebraska night, seeing the image of my grandpa and grandma fading into darkness in the rear window.  It's only now dawning on me, today, that they have faded away for good, never to return.
Posted by Werner Herzog's Bear at 4:47 PM

Thanks for sharing this. It was just flat out beautiful. I lost my last grandmother this August, and a lot of similar feelings came rushing back. I still like to pass by her old house whenever I make it up to Spartanburg.

Yes, thanks for sharing. In so many ways your childhood was different from mine, but I still remember my grandmother standing out by her back stoop and waving as the car pulled away. She also called her couch the "davenport," for some reason I'm still not sure of. She lived in her house for over 60 years, but I think it has been sold at least twice since she died, so it is odd to see the changes that later owners have made. In any case, I still miss her, and she has been gone since 2002.