If The Democratic Primary Field Was a University History Department 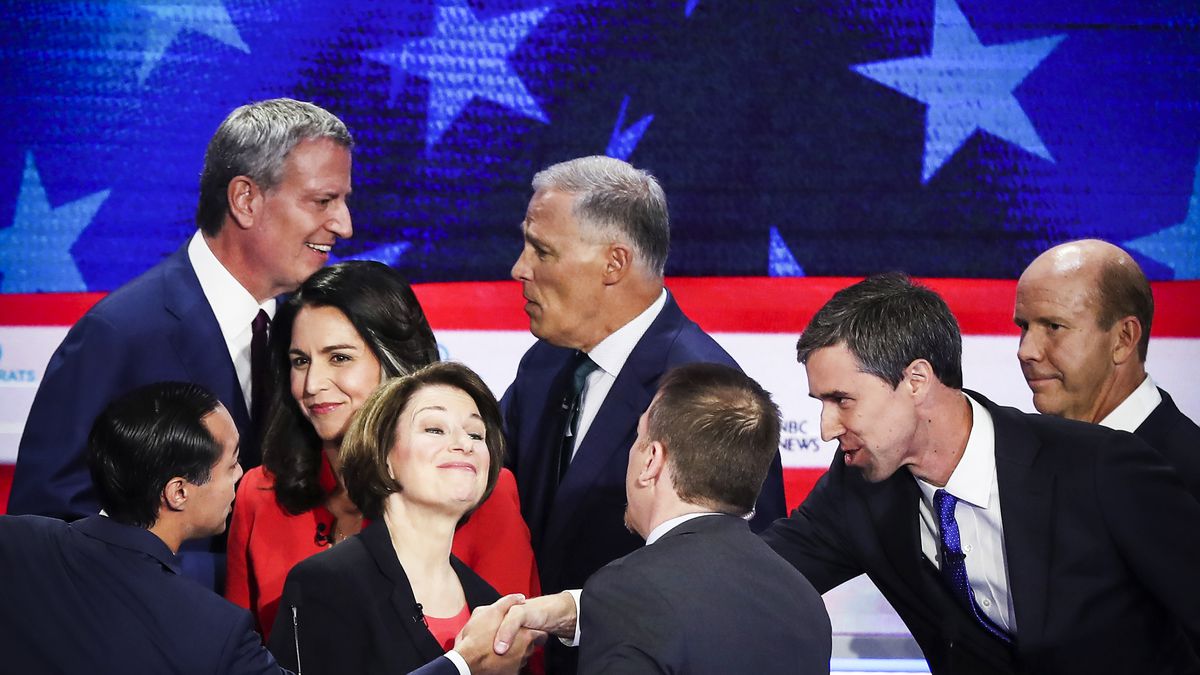 The Democratic primary field is a mix of clashing personalities who like to hear themselves talk and where white men are overrepresented. I was immediately reminded of the dynamics in a university history department when I watched this week's debates. With that in mind, here is the Democratic primary field (or at least most of it) as a history department.

Joe Biden is the old professor still teaching off of notes he typed up in 1975 and who gets handsy at the holiday party after one too many scotch and sodas. His colleagues have been privately asking themselves for years why he hasn't retired yet.

Bernie Sanders is the old Marxist scholar who doesn't show up to all of the faculty meetings, but when he does he's salty and still holds grudges established in 1983. While most of his colleagues are ambivalent to him, the grad students and adjuncts like him because he's one of the few tenured people to actually bring their concerns to the faculty.

Kamala Harris is the hotshot rising associate professor known for showing up to job talks and destroying weak candidates with withering questions. She also suddenly became a transnational historian once that became a popular topic and abandoned her dissertation on diplomatic history.

Elizabeth Warren is the established full professor who is still putting out highly regarded research while having a high reputation as a teacher. She also has managed to take Professor Sanders' side in faculty meeting disputes without alienating her colleagues.

Beto O'Rourke is the young, run of the mill assistant professor who thinks he is above his current department, and tries and fails every year to land a job at a more prestigious university.

Tim Ryan thinks his obsession with grade inflation is the reason that his class enrollments are low, not the fact that he is an insufferable ass who lacks empathy for his students.

Amy Klobuchar is the professor who has racked up a lot of publications but has never mentored a graduate student on through their dissertation, despite taking on several of them in their first year at the school. When asked about this her former advisees, who always take on a different advisor or drop out, go silent. Junior colleagues pray that she's not on their tenure committee.

When Tulsi Gabbard comes up in conversation her colleagues sigh and point fingers over who was responsible for hiring her.

Pete Buttigieg is the Type A personality assistant professor who got hired while he was still ABD at an Ivy League university. He was the golden child of his well-known advisor, but he mysteriously hasn't published anything yet.

Julian Castro is the new hire that nobody talked about when he arrived but had the fattest binders when he applied for tenure.

Cory Booker is the professor who is constantly talking about himself. This draws a core group of impressionable students who don't understand why the other professors roll their eyes when they express their admiration for him.

Marianne Williamson is the professor who burns incense in her office and invites grad students over to her home to try edibles.
Posted by Werner Herzog's Bear at 6:26 AM