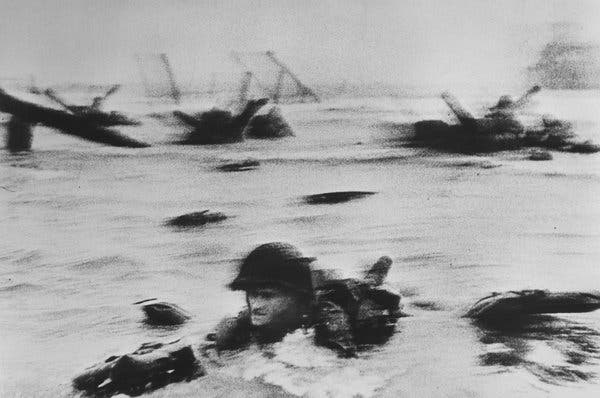 I've been seeing things about the 75th anniversary of D-Day all day today, but it's left me nothing but conflicted and sad. It's a day that marked the inevitable demise of Hitler's regime, as well as the ascendance of the United States to being a true world power. Yet here we are 75 years later, the United States ruled by perhaps the worst person our society has barfed up in the last fifty years, that same man openly supported by American Nazis who dared to yell "Hail Trump!" on the day he took office. It seems as if the victory of that glorious day was for naught.

Of course, we should not romanticize D-Day too much. After all, the American government that fought the Nazis maintained a segregated military and denied black people the right to vote. It firebombed the people of Tokyo and dropped nuclear weapons on defenseless civilians. That being true, it was still a far greater evil that was defeated. I am still proud to this day that I had a great uncle who parachuted into Normandy with the 82nd Airborne.

But I am also aware of how empty that pride is. D-Day was a long time ago now. Instead of pining for the victories of the past, we ought to be far more concerned with the fight that cries out for our blood, sweat, and tears in the present. We are living in a world where nationalism is on the rise again, and shows no signs of abating. Our memories should not make us complacent, lulling us into the false notion that all the fights happened in the past. No, our memory of D-Day ought to be preparing us for a new kind of combat, one not fought on battlefields.

In Eisenhower's famous order of the day on D-Day, he proclaimed that "The eyes of the world are upon you." Now that gaze has shifted to us living right now, trying to fight the rise of Fascism 2.0. It is up to us to take the actions that will have us remembered 75 years from now. So let's get fighting!