Essential Baseball Reading For Those In Winter Withdrawal 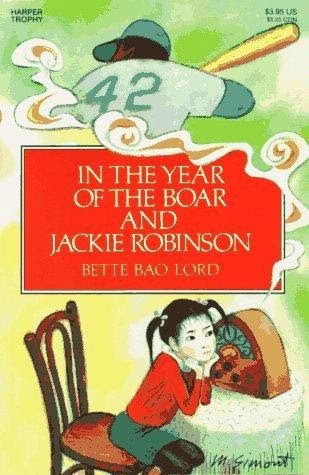 Getting home in today's storm was a major ordeal, and I spent my time on my slow moving train staring at the swirling snow and dreaming of sitting on the third base side at Citi Field or US Cellular Field or Camden Yards (my favorite non-rooting interest ballpark) on a mild June afternoon with a beer in one hand and a kosher hot dog in the other.  That, and the Asbury Park boardwalk, is the happy place I go to when winter is at its fiercest.

If you haven't guessed yet, I love baseball.  Back when I was a child and suffering from baseball withdrawal, this time of year brought the new baseball cards.  I spent a good part of January, February, and March cracking open packs of Score, Topps, Donruss, and Fleer, poring over stats from the prior year and making my own projected standings for the coming season.  Another highlight was getting Sports Illustrated's baseball preview in the mail, which I read cover to cover at least twice before the season began.

These days I delve into baseball books during the winter months.  Most recently, I've devoured the 2014 annual of the Hardball Times, which is full of articles analyzing the last season and contemplating issues such as whether hitters do better on their birthdays, or whether the Mets' rebuilding program will succeed.  The following list is not exhaustive nor is it made up of "the best" books, just ones I'd recommend for all the folks suffering from their estrangement from the emerald diamond.

Jim Bouton, Ball Four
More than any other book, 1970s Ball Four stripped away the mythology around baseball players and showed what day to day life was like over the course of a season on a ball club.  Bouton's candor led him to be called into the office of Bowie Kuhn, who did not approve of Bouton's discussion of formerly taboo issues like Mickey Mantle's sex life and the common use of amphetamines during games.  Beyond the controversy, it is really funny, and since it is in a diary format, allows the reader to really inhabit the quotidian life of the majors.

Doug Glanville, The Game From Where I Stand
If you want something more modern, Glanville writes in a similar vein as Bouton, but about baseball in the 1990s and 2000s.  Although he is not as flip or humorous as Bouton, his writing style is much more refined and a pleasure to read.

Dirk Hayhurst, The Bullpen Gospels and Out of My League
Of course, most players don't make it to the majors.  In these two books Hayhurst details his struggles in the minors, as well as the difficulties brought on by his dysfunctional family.  These books, more than any others I've read, get at the lengths we will go to pursue our dreams, and the tremendous mental toll it takes when they don't come true.  I read Hayhurst soon after leaving academia and my own dreams behind, and it was therapeutic.

Bill Veeck, Veeck As In Wreck
Baseball owners are known to be a stodgy bunch, but Veeck enjoyed driving the stuffed shirts nuts when he owned the St. Louis Browns and Chicago White Sox.  Responsible for all kinds of gimmicks and hullaballoo, Veeck was famous for hiring a little person to pinch hit, exploding scoreboards, and letting fans be the manager for a day.  He's a classic raconteur and a true baseball character.

Howard Bryant, Juicing the Game
Baseball has experienced quite a Sturm und Drang over the steroids issue, but few have been able to put steroids in context of other changes in the game.  Bryant shows how the steroid problem was enabled by Bud Selig and the owners, and papered over by the news media's fawning over Mark McGwire and Sammy Sosa's assault on the home run record.  Of course, Selig and the baseball writers are on an anti-steroids crusade that looks mighty hypocritical.  Since this book was published in 2006, it  might seem a little dated, but nobody else has managed to write on the issue with Bryant's intelligence.

Dan Barry, Bottom of the 33rd
Baseball does not have a clock, so theoretically, a game could last forever.  One minor league game in Pawtucket in the early 80s almost did, lasting 33 innings.  Barry tells the story masterfully, and in the process gets into what makes minor league baseball so unique.

Jeff Pearlman, The Bad Guys Won
Pearlman's history of the bad boy 1986 Mets' championship run is brain candy at its best.  I remember burning through it faster than a Dwight Gooden fastball.  There's never a dull moment, unlike so many other team-profile books.

Anything by Roger Angell
From the early 1960s until very recently, Angell wrote baseball pieces for the New Yorker.  His prose is a wonder to behold and he always seemed to able to pull out fascinating observations and moments from the game.  Two of my favorites: how a spring training game displays the fundamental difference between Mets and Yankees fans, and a beautiful piece on first learning to love baseball as a child.  The Hall of Fame has finally inducted him, and it's about damn time.

John Updike, "Hub Fans Bid Kid Adieu"
Speaking of masterful prose, John Updike's essay about Ted Williams is perhaps one of the best things he ever wrote, and one of the most insightful about the fraught relationship players have with their fans.

Bette Bao Lord, In The Year Of The Boar And Jackie Robinson
Do you know a young person pining for baseball season?  Give them this book.  I read it in elementary school and absolutely loved it.  It articulates what baseball can mean from a kid's perspective better than just about anything else.
Posted by Werner Herzog's Bear at 5:53 PM

Thanks for bringing to my attention Dirk Hayhurst's other books; I thought Bullpen Gospels was great. And I agree that Camden Yards is a great place to see a game. Damn, now I really want winter to be over.