The Enduring Relevance of Dickens' A Christmas Carol

[I wrote the following essay four years ago, and I figured now was a good time to dust it off. With Christmas approaching, Paul Ryan and his gang of Scrooges are about to take from the poor and give to the rich. The Republican Party is indeed the party of prisons and workhouses.] 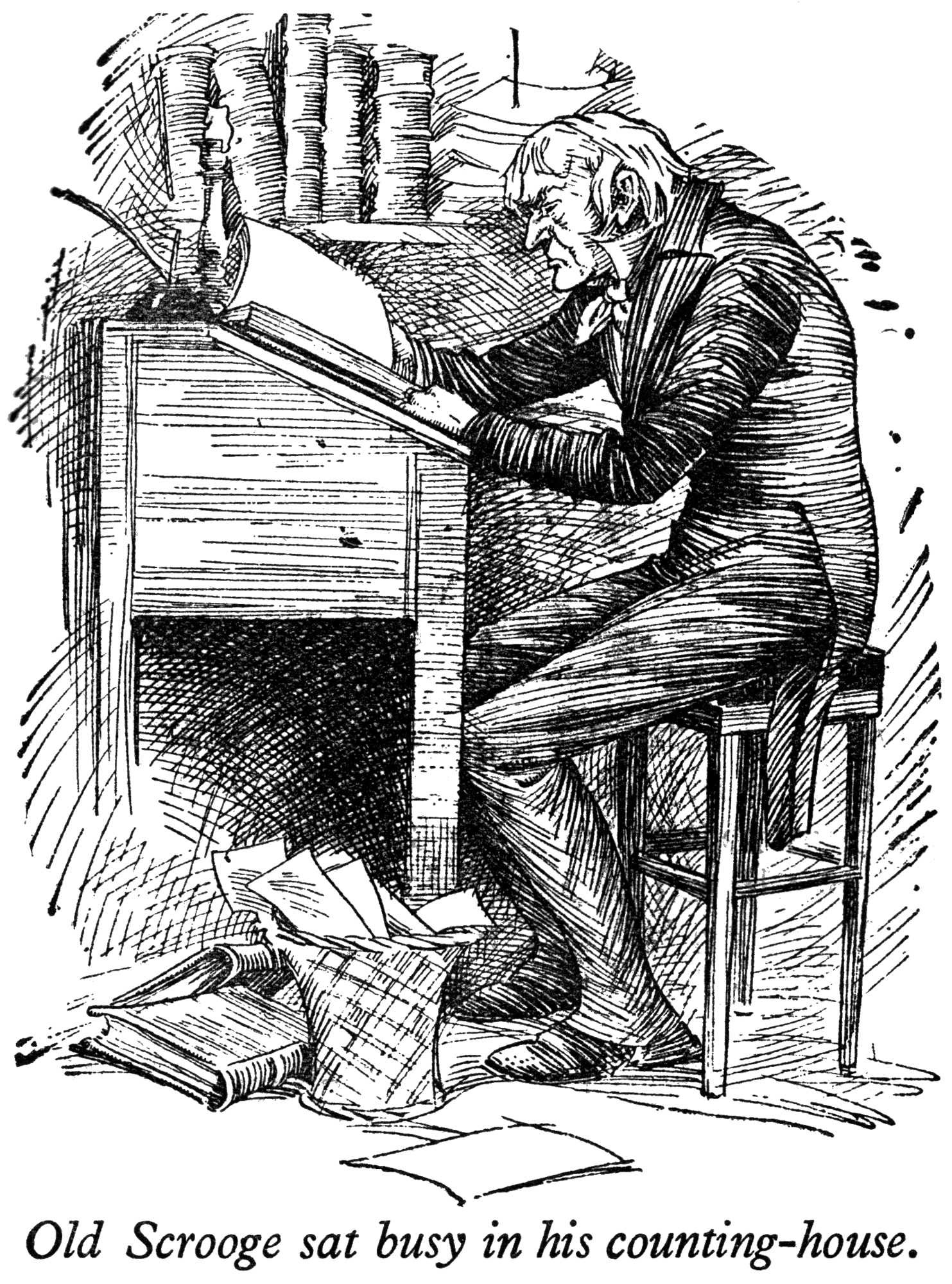 My first brush with Dickens did not impress me.  We read A Tale of Two Cities in my tenth grade English class, and I came away turned off by his anti-revolutionary politics, sugary sentimentality, and ridiculous plot devices.  (How many Dickens novels are there that don't feature crazy coincidences or orphans with mysterious parents?)  Around that same time I started reading serious literature on my own, not just Stephen King novels and the Dragonlance series, but didn't pick up a Dickens novel again for about a quarter century.  Having grown many years older and more open minded about my reading choices, a close friend during my Michigan days convinced me to pick up Bleak House, saying it would change my opinion of Dickens, and he was right.

Three Christmases ago, when I was still deep in my Dickens phase (I read Little Dorrit, for cryin' out loud), I decided to finally read A Christmas Carol.  I was well familiar with it, of course, through countless reinterpretations and retellings, from the Disney version to the movie Scrooged, which was a particular holiday favorite in my family.   Reading it I fell in love, and also soon realized that Dickens' highly political message had been drained from the various adaptations.  A Christmas Carol is not just about Scrooge's redemption, but is also a critique of greed and laissez-faire capitalism.  That critique is just as relevant now as it was then, in the midst of Britain's rough transformation into an industrial society.

Near the beginning, when he is asked to give money to assist the poor, Scrooge famously roars "are there no prisons?" and notes that workhouses, the treadmill, and the Poor Law are all in full effect.  When those asking for a donation note that many would rather die than subject themselves to such cruel institutions Scrooge replies: "If they would rather die...they had better do it, and decrease the surplus population."  As a historian of the 19th century I knew when I read those words that Dickens was calling out the cruel economic philosophy behind what Pope Francis has recently deemed "unfettered capitalism."  Through Scrooge Dickens was trying to expose a hard-hearted way of thinking that was only increasing the sufferings of the poor.

These days our conservative politicians are not so brazen as to openly call for the poor to be killed off for the good of society, but as my friend Chauncey DeVega has theorized, that thought may very well lay behind the recent attacks on Food Stamps and other aspects of the welfare state.  These same modern Scrooges are more than happy to spend money profusely on prisons while they slash school funding, and those of Newt Gingrich's ilk have even openly called for disadvantaged children to clean toilets.  More than one Republican has likened welfare recipients to animals.  Just as in Dickens' time, these apologists for the status quo think that all poverty is deserved, and that those who profit handsomely from the system do not owe anyone else anything.  Scrooge's rants about the surplus population have come down to us in Margaret Thatcher's infamous dictum. "there is no such thing as society."

Scrooge's attitude toward the poor is echoed in his treatment of his employee, Bob Cratchit.  Cratchit is given hardly enough coal to warm himself in a cold office, is paid the absolute minimum, and has to beg to get Christmas off.  Scrooge gives him the holiday, but only after grumbling that providing a Christmas holiday is "a poor excuse for picking a man's pocket every twenty-fifth of December."  Reading these words I cannot help but think of the retail workers who are now being forced to give up their Thanksgiving holidays, or the companies that are chiseling their minimum wage employees further through fee-laden debit card payments.

As the story goes on, Scrooge learns the error of his ways.  As the ghost of Christmas future reminds him, the wages of sin is death.  Make no mistake, Dickens judges Scrooge to be a sinner, and his mistreatment of his employee and his cruel attitude towards the poor to be great sins deserving of damnation.  That is essentially the same moral framework that Pope Francis has been advocating recently.  When he wrote that a two point drop in the stock market was news, but a homeless person dying of cold on the street wasn't, I heard in those words the spirit of A Christmas Story.

As in Dickens' time, we live in a society where wealth is being generated on a massive scale but is going into the hands of fewer and fewer people who have abdicated any sense of social responsibility.  Their arrogant disregard for the sufferings of those below them -the surplus population- is trumpeted throughout our public discourse under the guise of conventional wisdom.  It is time we follow the lead of A Christmas Carol, and shame those who so easily deny the needs of those less fortunate than them.
Posted by Werner Herzog's Bear at 6:10 PM

I keep trying to figure out exactly what the 0.1%'s vision for the country is. I can only come up with feudalism, with the weakest and sickest killed off, and the rest of us abject uneducated, isolated serfs serving the multi-billionaire masters under fear and starvation. A land of destroyed ecosystems and polluted, obliterated former beauty and abundance, of smoldering slag heaps and scorched earth. With they themselves having the freedom to jog around the world to the prettiest places to avoid the smells. What nauseating, malformed excuses for human beings they are.

They have evidently forgotten the revolutions that this world view spawns.