A Compendium of Baseball Books 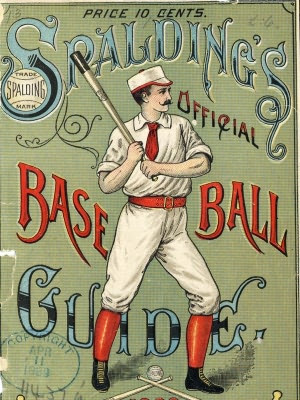 When baseball season approaches, I like to pick up a good baseball to read.  I bought this season's book all the way back at Christmastime, Lawrence Ritter's The Glory of Their Times.  It's a legendary oral history compiled in the 1960s of recollections by old ballplayers from the dead ball era of the early twentieth century.  The stories are fantastic, like Rube Marqaurd hopping trains to get from Cleveland to his minor league team in Iowa, and Nebraska native Sam Crawford going from town to town with his local team in a covered wagon.  This got me thinking about my favorite baseball books, and since I know some of the long-time readers of this blog, like me, love both books and baseball, I thought I'd share my thoughts on a few.

Favorite Book by a player: Jim Bouton, Ball Four
You have to love a book that gets its author called into the commissioner's office, which is exactly what happened after pitcher Bouton's account of his 1969 season was published in 1970.  At a time when few players or baseball journalists let the public know the reality of baseball life, Bouton gave a day to day warts and all testimony, discussing the womanizing of idols like Mickey Mantle and strong-arm tactics used by owners in contract negotiations in the days before free agency.  The dailiness of the book is its greatest asset, since it is a running diary of the season, and it more than anything else out there gives the reader a window into what it's really like to do the job of a ball player.

Honorable mention: Doug Glanville, The Game From Where I Stand
For those wanting a more modern take on baseball life, this is the book to get.  Glanville has a wonderful writing style and great wit, as his columns attest.

Favorite Book about a single team's season: Jeff Pearlman, The Bad Guys Won
In case you didn't know, the "bad guys" of the title refer to the 1986 Mets, perhaps the most interestingly dysfunctional squad since the "Bronx Zoo" Yankees of the 1970s.  Pearlman describes that team's rocky road to victory in one of the most exciting World Series ever, vividly sketching the many characters, from Gary Carter (may he rest in peace) to Keith Hernandez to Daryl Strawberry.  Here's a hint: the title's pretty accurate.

Favorite Book by an owner: Bill Veeck, Veeck As In Wreck
Not a lot of competition for this category, but this is as funny a baseball book as they come.  The former owner of the Browns and White Sox skewers fuddy duddy owners and relates one hilarious story after another.  The best is his account of the Eddie Gaedel game, when Veeck's team put a midget in to pinch hit in order to get a player on base.

Favorite Player Biography: Howard Bryant, Hank Aaron: The Last Hero
I usually do not like biographies.  They tend to be too long, too detail-oriented, and overly exaggerate the importance of their subjects.  While Bryant's book has some issues, he does a fantastic job of exploring Aaron's life, in particular the difficult racial dynamics he faced as a black ballplayer in the early post-Jackie Robinson years.

Favorite Book of Analysis: Bill James, The Bill James Historical Baseball Abstract
As true baseball fans know, James' use of complex statistics has completely revolutionized the way that the game is seen and players are judged.  What is less known is that James is a witty, compelling writer who does a fantastic job of humanizing his formulas and explaining them to a math-phobic audience.  For my money, this is James' magnum opus and a book that any serious student of the game should read.

Favorite Book by a Manager: Joe Torre and Tom Verducci, The Yankee Years
As much as I dislike the Yankees, I really admire Torre, and he manages to do the impossible: make me feel sympathy for George Steinbrenner.  Sure, he comes off a wee bit tyrannical, but also interested in getting his team to win above all else, a quality many fans wished their teams' owners had.  Torre also offers priceless observations on A-Rod's vanity and an apt explanation of the Yankee franchise's decline after the 2001 season.

Favorite Book about Baseball Cards: Josh Wilker, Cardboard Gods
Wilker weaves his life into aphoristic discussions of individual baseball cards, making connections between the players and his own fate.  I think it's one of the most brilliant things I've read in recent years, especially in exploring the contours of sports fandom.  If you haven't yet, check out Wilker's blog.

Favorite Book That Does Not Exist Yet, but Should:  Roger Angell, Complete Baseball Writings
Angell has written on baseball for the New Yorker for decades in wonderfully crafted, evocative prose.  I have read all of the various collections of his various writings on baseball for that publication, but I think the time has come to gather them together in a single volume.  I can't think of another writer who is so consistently interesting in his observations on the game.  If you have a subscription to the New Yorker, go into the online archive and enjoy some of his vintage baseball material.
Posted by Werner Herzog's Bear at 6:40 PM

Joe Posnanski's book on the 1975 Reds ("The Machine") rivals Pearlman's book on the 1986 Mets. I finished both in the last week. Maybe great books about individual teams in specific seasons have to end with the Red Sox getting beaten in Game 7 of the World Series.