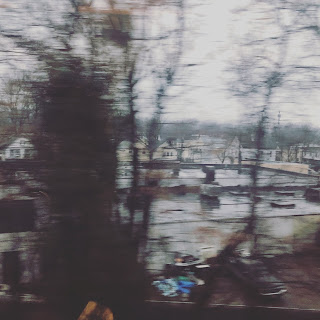 I have grown to appreciate winter solstice, the darkest day of the year. I like to use it as a day of reflection. This year it coincides with my last day of teaching before break, as well as a clusterfuck of epic proportions in Trump World.

The Justice Department is being led by a literal con artist who is signaling that he wants to shut down the Mueller investigation. Trump is shutting down the government to get money for slatted wall. Mattis resigned in protest after Trump decided at abandon long-supported military commitments. The stock markets are tanking. All of the other petty scandals and corruptions keep churning beneath it all.

Of all things yesterday seemed perhaps to be a breaking point for a lot of Very Serious People on the Republican side. They had expected Trump to be kept in check by the likes of Mattis, and now he has Hulked out and broken loose. Some folks in the media seem to think that this is some kind of turning point.

I am not holding my breath.

We have been down this road before. There was a similar reaction to the Access Hollywood tape. When Trump so flagrantly and publicly kowtowed to Vladimir Putin in public this summer we heard similar rumblings. In the end the Republicans maintained their end of their blood pact with Trump. He gets to be president and loot the country for his benefit while they get tax breaks and conservative judges. Expect that deal to carry on to the bitter end.

I know plenty of conservatives. Not one who voted for Trump has renounced him. They will all vote for him again. I certainly know a couple of Never Trumpers, but they never went for the devil's bargain to begin with. I would say that they would vote for the lowest piece of garbage embodying the worst attributes of this country rather than a Democrat, but guess what, they already have! They are not going to change their mind, they can only be outnumbered and overruled. They know that, which is why they are manipulating the system, from gerrymandering to hamstringing Democratic governors in lam duck sessions. This impulse will only get more pronounced.

Solstice gives hope in that for the next 365 days there will be more light than on this dark day. The media narrative is trying to say that America is hitting its solstice low point under Trump, but I think we have further to go. It will be dark day after darker day ahead. I'm not hopeless and I am committed to the fight, but I still don't see signs that we are headed in any way toward the light just yet. I hope this next year proves me wrong.
Posted by Werner Herzog's Bear at 5:27 PM