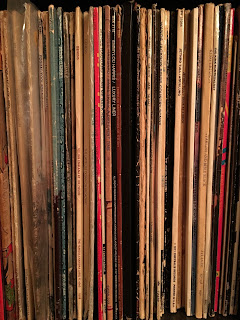 Episode 32 of Old Dad's Records is up now. The unifying theme is melancholy, which I have been feeling a lot of recently. I recorded the episode two days after Christine Blasey Ford's testimony, and the fact that her great bravery will likely be for naught is almost too much for me to bear.

I start with "More Than This" by Roxy Music, a song I recently wrote about on this blog. After that I dig into Time Fades Away, the first entry in Neil Young's so-called "ditch trilogy." Whenever I am feeling melancholic in autumn, it is a go to. I end with a rave for Falcon Jane, whose music is more ennui than melancholy, but still great.
Posted by Werner Herzog's Bear at 6:11 PM