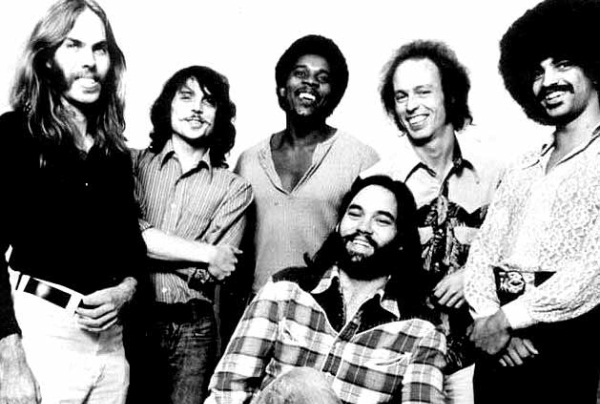 It's been a week since I've given y'all a post, which is the longest hiatus I've taken in quite some time. I was on the road visiting friends and family, and opted to let my thoughts percolate on the road rather than write hot takes. My more measured thoughts should be available here soon.

In the meantime, I'd like to talk about a song I found singing to myself quite a bit on this trip. Every good road trip needs a good playlist, and I made one for this trip full of country songs about roads and trucking, both venerable subgenres. While Little Feat were more of a funky Southern rock band, "Willin'" stands as one of the greatest trucker country songs ever, a field with some tough competition.

It's sung from the point of view of a tired, world-weary trucker who is nonetheless dedicated to delivering his load. He's also a kind of hippie trucker, singing that "If you give me weed, whites and wine/ And you show me a sign/ I'll be willing/ To be moving." "Whites" in this case means amphetamine pills, sometimes necessary for those overnight trips. The lines are sung with an aching tone, the words of a man who has married himself to the road and resigned himself to it.

In my younger days I often thought of making such a move. Listless and restless at age 24 I thought about spending some years long haul trucking to make some dough and get my life together. I went to get my PhD instead. I still took a lot of road trips, though. For awhile I was even making the trek from Texas to New Jersey and back once a year. I have never been able to meditate more deeply on my life than when I am behind the wheel, watching that old white line dash on by. The trip I just returned from, with my wife and two daughters, was not as meditative, but a whole lot more fulfilling. We sang along to music, played games, and awed at the many wonders outside our windows. Hearing this song along the way was a nice reminder of the pleasures the road, but also the good feeling that comes with having a true home in this world.
Posted by Werner Herzog's Bear at 7:12 PM

Email ThisBlogThis!Share to TwitterShare to FacebookShare to Pinterest
Labels: music, track of the week, travel

Ingrassia's version is killer, though may have heard it, and probably could have guessed.

He first introduced me to this song!