Are America's Brezhnev Years Over? 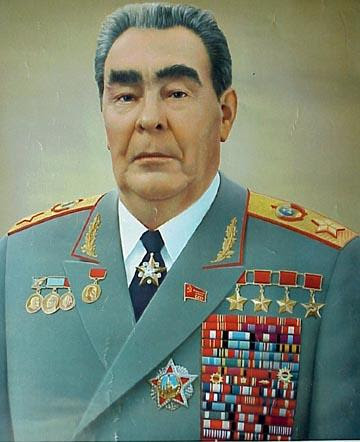 As I have written on this blog before, sometime during the Dubya years I started proffering the theory that America had entered its Brezhnev years. Here's how I described it:

"Brezhnev ruled the Soviet Union from 1964 to 1982, presiding over its long decline.  While he enjoyed giving himself medals and flexing Soviet power, the system began to rot and most people, even in the party itself, stopped believing in the party ideology.  Similarly, our political class profess to love freedom and democracy, all while democratic institutions crumble.  Elections are bought and sold, and voters can't be bothered to show up at the polls.  Gridlock and acrimony have led to a do-nothing government no longer even able to pass the most basic legislation.  Social institutions are hardly faring better. Our universities, once the pride of the world, have become money-grubbing enterprises whose high cost make debtors out of their students.  Roads crack and bridges fall due to lack of funds. As labor unions have been crushed, workers are seeing their wages shrink while the wealthy see unprecedented gains.  Abroad America's failed War On Terror has, like the USSR's ill-advised invasion of Afghanistan, exposed a once mighty empire's clay feet.  Belief in institutions has been broken, and the fact the military and police routinely come out on top when Americans are polled about institutions that they trust shows an authoritarian longing that belies all of the democracy talk."


The Brezhnev years, despite surface appearances of stability, were a time of massive structural rot. I feel that the same thing has happened in America in the past three decades. "Democracy" has become a buzzword with about as much meaning as "outside the box" or "excellence" or "grit." I think that in many respects, Trump's election is the culmination of America's Brezhnev years. While Trump is a very different man than Mikhail Gorbachev, both represent leaders willing to break down the very political structure of their own countries, as well as change the state of world diplomacy.

Gorbachev wanted to maintain communism and save it from itself. Trump, on the other hand, wants to break the old system down to get more power for himself. Don't believe me? He actually once discussed on Fox News the need for social chaos before "we can be great again." Decades of the rot that has robbed the country of a belief in democracy will enable him. Hence all those marginal Trump voters who said that they wanted someone to "shake things up," despite doubting his fitness for office. This kind of political nihilism is too a product of America's Brezhnev years, the product of endless gridlock and cynicism.

America's Brezhnev years may now be over, but what comes next is the collapse. Trump has appointed several generals to positions usually held by civilians, most notably to head the Departments of Defense and Homeland Security. Never mind the tradition that the civilians should oversee the military and the military should not be in charge of internal affairs. Trump knows full well that when a tyrant takes power in a modern state, he needs the military to be on his side, since they are the one institution capable of stopping him. He got a large amount of the military vote, and is now heavily associating himself with it in ways that are unprecedented for a president. Beyond that, he knows that the police and military are the most trusted institutions in America (a truly deleterious effect of America's Brehznev years.) Their support will insulate him, and make his abrogations of democracy seem acceptable to a majority of the country.

Trump has used his Twitter megaphone this week to personally attack anyone who dares to criticize him. This ought to scare us, but after twenty years of rot, the reaction is as much amused as it is outraged. Trump lost the popular vote by almost three million votes, got support from a foreign government, and benefitted from voter suppression, but the vast majority of this country is willing to just let all of that slide. Decades of rot have made it difficult to care for so many. Trump is refusing to divest his business holdings, release his tax returns, and had to pay $25 million for a fraud lawsuit, but none of these issues has inspired outrage outside of a minority. Why? Because the rot has set in, and like the KGB agents who fought to get postings in the West so that they could buy blue jeans and Marlboros, people in this country no longer believe in the ideology of their political system anymore.

For years I've been telling people we've been living in the American Brezhnev years, now it looks like we are primed to experience something a whole lot worse.
Posted by Werner Herzog's Bear at 6:30 PM