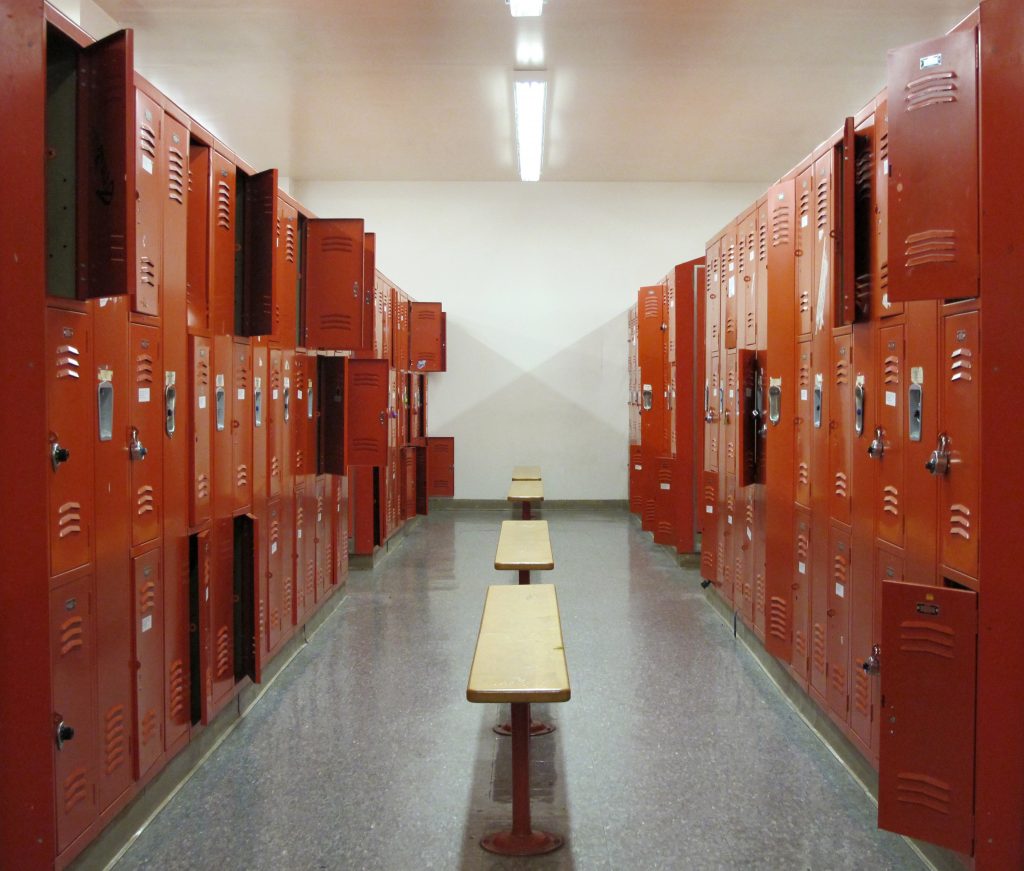 The discussion of Christine Blasey Ford's accusations against Brett Kavanaugh has brought back some buried memories of my time in high school.

I did not go to any parties in high school where drinking and drugs were present, but they were an omnipresent part of my teenage environment. Everyone knew about the "stoneys" who would get high before school. In my class there was even a group of "popular" guys who drank themselves into a stupor and called themselves the Brew Crew and even had their own t-shirts made (which they wore to football games.) In the rural Nebraska town where I grew up everybody knew teenage drinking and debauchery ran rampant.

My lack of interest in that culture was mostly due to my complete alienation from my high school's surroundings and my desire to get the hell out as soon as possible. (Once I got to college I started drinking and haven't looked back!) That was confirmed by what so many conservatives euphemistically call "locker room talk."

Most of this talk I heard in the literal locker room, after gym class, although I also heard plenty while working in the corn fields during detasseling season. Locker room talk mostly amounts to men discussing their purported sex with women, usually in a degrading and misogynistic way. What amazes me is that this has been used as a defense rather than an accusation. The president's Access Hollywood tape, for example, was written off as "locker room talk." This kind of talk is evidently the birthright of heterosexual men. If you were ever a boy in high school anywhere in America, you probably heard or engaged in your fair share of locker room talk.

It was my window into a different world, where I heard about all of the parties I wasn't attending and all of the sex I wasn't having. One consistent theme was humiliation. Girls who were willing to fuck, especially if they wanted to fuck more than one person or initiated sex, were branded sluts. The boys who fucked them, of course, were able to brag of their conquests. Sometimes this bragging was about how those girls had not only been fucked, but also demeaned in the process.

One boy who was especially awful boasted of how he had taken the panties of one girl and had put them on the antenna of his pickup truck for everyone to see. I remember another story about a boy intentionally getting his sperm in a girl's hair after a tryst a party in order to embarrass her. I heard that another girl in my class was nicknamed "blue lightning" for the veins in the very pale skin of her breasts.

When men defend their shitty behavior as "locker room talk" what they are really telling you is "I reserve the right in the company of men to demean and attack individual women in a sexual way." Anyone who uses this as a defense is telling on themselves.

Even if the allegations against Kavanaugh (which I believe) are not true, I still recognize his type from my high school days. The thought of one of those people being on the highest court in the land makes me sick with anger. The fact that one of them is in the White House is almost unbearable.
Posted by Werner Herzog's Bear at 6:35 PM