I'm Sorry We Let You Down, Mr President 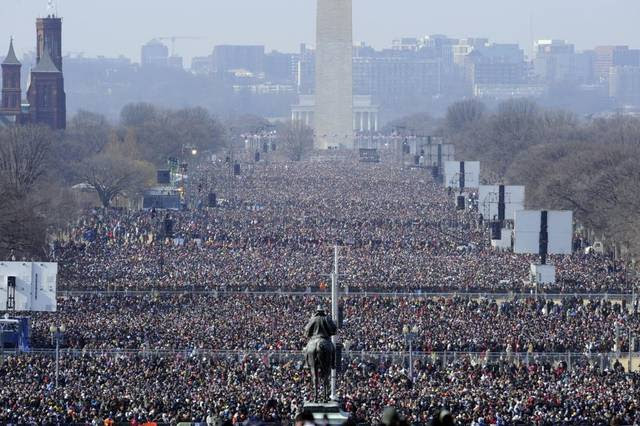 In January of 2009 we thought the war was over, when it had just begun

I am planning on watching president Obama's farewell speech tonight and am feeling very melancholy. It pains me to see such a warm, intelligent, thoughtful person hand over the office of the president to a boorish bigot whose ascension represents the death throes of American democracy. It also feels weird because I have been very connected to this president, since well before he held the office.

Back in 1999-2000 I worked as a library clerk for the University of Chicago's law library. I knew "Professor Obama" as the guy who was in the state legislature and had written a memoir I saw displayed at Powell's. Once or twice I'd seen his face as he came to the desk to check out books (usually we just delivered them to the professors' offices.) I was living in downstate Illinois in 2004, when he ran for the Senate and impressed the crowd at the DNC with his speech. He was the first politician to have their name on the bumper of my car. I had been drawn to him by his forceful opposition to the invasion of Iraq at a time when most Democrats had been cowards.

When he won the presidency in 2008 I was living in rural East Texas. I was out at a bar with some friends, In this reddest of red areas there was one TV with the election returns on mute in the corner, and when we started whooping and hollering, it was obvious from the hard stares that my friends and I were getting that we were going to need to watch Obama's acceptance speech at their house. I should have taken that as a sign of things to come, but didn't see it in the moment.

Sure, I thought all the "post-racial" America hype was a load of horseshit, but seeing the massive crowds on inauguration day made me think that the thirty year conservative wave had been broken on the rocks of a new progressive movement. My naivete became obvious in February of 2009, when Mitch McConnell, Rush Limbaugh, and others basically made it known that they were going to go into massive resistance mode.

In the end, they won. President Obama has been very quiet since the election, and I sincerely believe that he has a broken heart. He has to cede to White House to a man whose political career began with a racist conspiracy theory attack on him. I am sure he feels some amount of responsibility for the Democrats' failure in the last election. He thought Clinton was going to win, and so sat on the intelligence revelations that are now coming out so as to avoid having our electoral system being called into question. I can see the heartbreak over this in his eyes.

It hurts even more knowing that we who voted for him let him down. This does not mean that I think the president has been above criticism. He was too generous to Republicans on the stimulus and in general his first year. His use of drones is highly questionable. He should have gone for broke on health care. He did not do enough to use the organization he had built in the 2008 election to keep his voters active etc etc.

But....on that last point, it takes two to tango. We who voted for him can criticize Obama for all manners of things, but we need to acknowledge that we let him down. Did I go out and knock on doors in 2010 or 2014? Was I writing my representatives with the fervor that I am now? Were my friends calling Congress and circulating action plans when the public option was on the board the way they are fighting Trump's appointments now?  Nope.

I know what we did do. We placed unreasonable expectations on him. We watched as he dealt with unprecedented levels of disrespect and opposition and complained about what he didn't get done. We saw those massive crowds on inauguration day and got complacent. As my wife said to me tonight, we thought that being right was enough, and we were wrong. When the Republicans blocked his Supreme Court nomination we should have been in the streets. Instead, we were on Twitter.

Those of us who voted for him learned our lesson too late. I'm sorry we let you down, Mr. President.
Posted by Werner Herzog's Bear at 4:37 PM