I've had Star Wars on the brain a lot this summer.  I recently babysat a friend's son who happens to be a Star Wars fanatic, and we watched the original film together while he played with my old Star Wars toys, which I had dug out of the basement.  I also just saw Guardians of the Galaxy, which some have compared favorably to Star Wars (not I will not call it Episode IV: A New Hope, thank you very much.)  I've also written about it as part of my book project (which relates to the cultural history of the 1970s), and in doing so read some reviews of the film when it came out, as well as articles from the time about the growing Star Wars phenomenon.

It is interesting to view the 1977 film in its historical context, since it is very easy to forget just how new and revolutionary it felt at the time.  If you doubt me, compare it to other sci-fi films that came right before it, like Logan's Run, which looks positively cheap and antiquated by comparison.  (I still get a kick out of it, though.)   It also made a ton of money, and as critics and film historians have noted for decades, helped change the basic structure of how Hollywood works and what kinds of films it makes. A visit to the multiplex today, with its effects-driven and superhero/fantasy/adventure films dominating should make that pretty clear.

Looking back at the late 70s, the first attempts to recreate Star Wars' magic at the box office didn't exactly hit their marks.  Last night I was flipping channels and happened to come across The Black Hole, Disney's 1979 attempt to cash-in on the new interest in space movies sparked by Star Wars.  Watching I realized that I had spent the summer inadvertently watching other attempts to milk that cash cow in the late 1970s and early 1980s.  They were often maladroit, but make for interesting viewing, mostly because they were wild stabs in the dark before the blockbuster formula was established. Here are some essential cash-ins of varying quality: 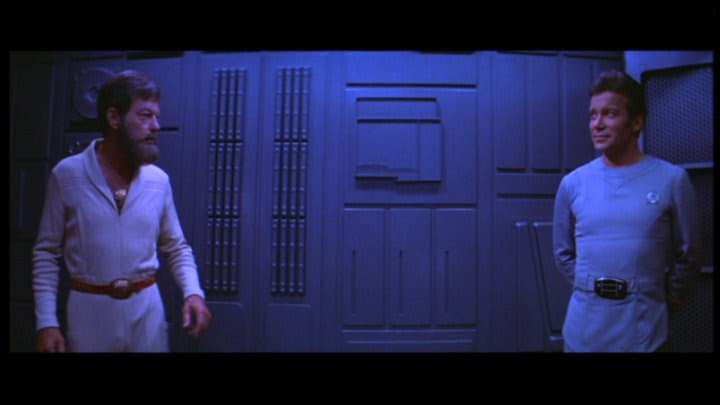 I am not trolling Trekkers with this one (bless their hearts) but stating facts.  The old Star Trek series had maintained its cult following in the 1970s, and with the success of Star Wars, Paramount was ready to get in on the action with a proven property.  Unfortunately, STMP was long, slow, and turgid, even if it had some interesting elements.  It felt like the pilot to a TV show stretched too long but with better effects.  It does have Bones initially showing up with a hipster beard sporting a space age disco jumpsuit, so at least there's that.  Luckily for the franchise it would return in 1982 with Star Trek II: Wrath of Khan, a much superior film and one I still love to watch.

The post-Star Wars boom gave birth to another film franchise with Alien, one of the great all time horror movies.  It benefitted from having a stellar cast and following Star Wars' lead in showing a futuristic world that was battered, dusty, and lived in.  This is by far the best of the sci-fi films that followed Star Wars.

Some of the sci-fi boom came to TV, too.  Yes, kiddos, once upon a time, in the dark mysterious world known as the 1970s, there was an original Battlestar Galactica, not the one you've seen.  The effects budgets made it the most expensive thing on TV, perhaps why it only lasted one season.  George Lucas, showing early shades of his later control-freak tendencies, even sued the creators, accusing them of copying him.  That's a bit ridiculous, and even though the show is dated, it was a lot more interesting than the most of the rest of television at the time.  (And certainly better than the other TV cash-in, Buck Rogers in the 25th Century.) 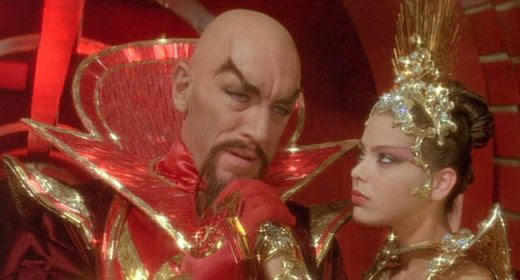 Words cannot express how much I love this movie.  It is insanely cheesy in ways other films can only dream of approaching, and combines the lavish, over the top look of a Dino DeLaurentis production (which it is) with the cardboard cutout characters and silliness of the old film serials that birthed Flash on screen in the first place.  Where else do you get to see acclaimed actors like Max von Snydow ham it up with full force?  I remember seeing the trailer for this when I saw The Empire Strikes Back in the theater, and was fully aware (despite my young age) that it was a knock-off.  But oh what a knock-off!

Watching this last night, I was amazed at how odd this movie is.  In many respects it is incredibly anachronistic Disney fare, with dialogue and characters who seemed ripped out of 1950s Saturday matinee flicks.  At the same time, it's also very dark for a Disney film, with one of the robots looking trashed within an inch of the scrap heap before it dies and a self-destructive captain (played by Maximilian Schell) whose robot straight up murders Anthony Perkins (leading to the first PG rating for a Disney movie.)  The actors, like Schell, Perkins, and Ernest Borgnine, seem to belong to a different time, as do the silly moving camera effects. There are some surprising elements, though, from an overall dark tone to a surging, swirling score that I just found out was composed by the great John Barry.  In many respects, The Black Hole is old Hollywood trying to get hip to the new reality and failing.  That said, I liked it as a kid, mostly for the melancholy robots and the aforementioned score. 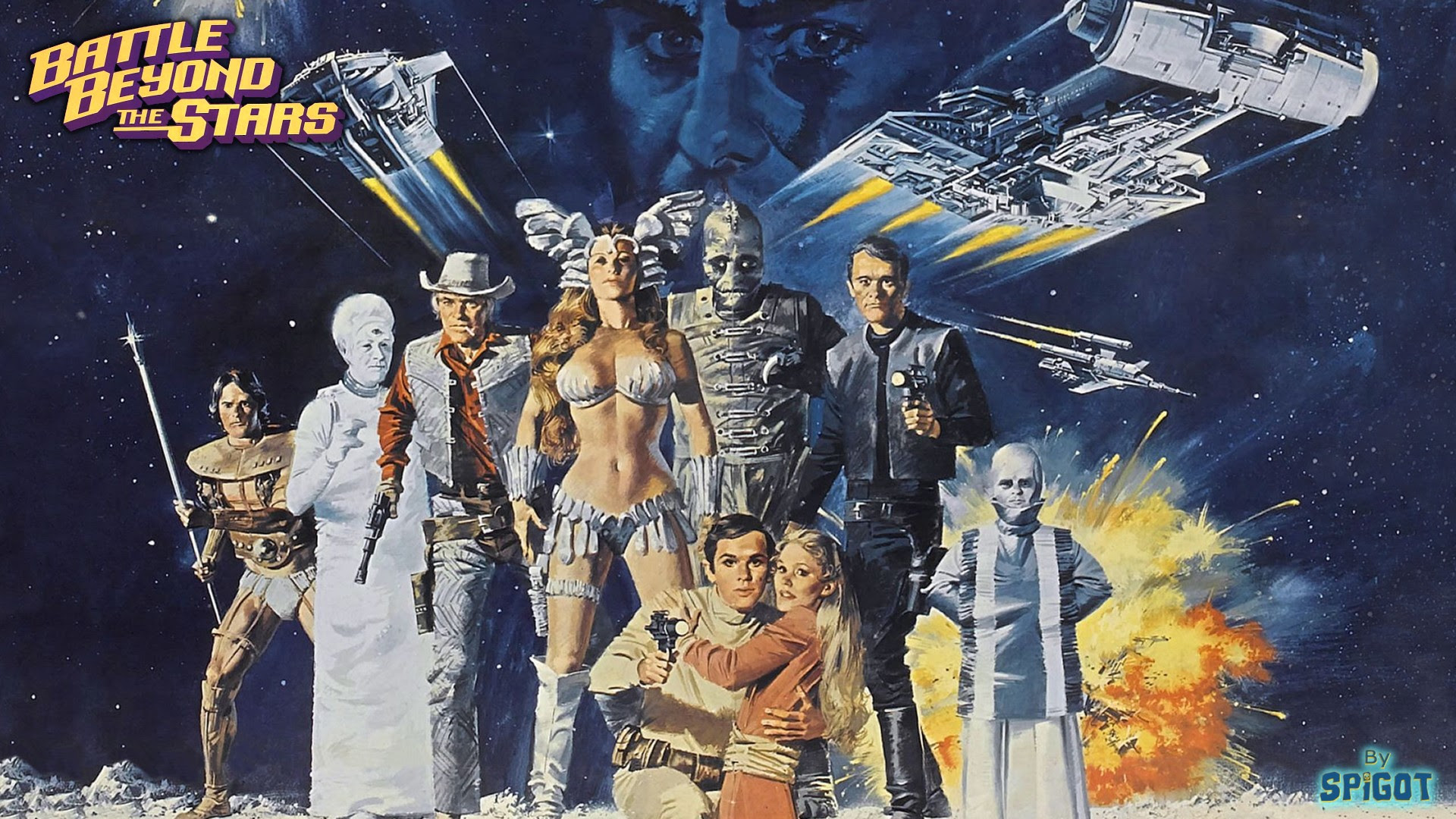 For some reason in the 1980s one of my local TV stations would run this one a lot on Saturday nights.  Unlike many of these other films here it does not pretend to be anything other than pure exploitation, since it comes from Roger Corman's New World Pictures.  It borrows the plot from The Magnificent Seven and The Seven Samurai, as Richard Thomas plays a very Skywalker-esque young man who assembles a rag-tag gang of seven to defend his home planet from destruction.  As a kid I loved the fact that one of the said seven was named Cowboy and played by George Peppard, who also played Hannibal on the A-Team at the time.  I also liked that Thomas' space ship was named Nell and talked with a sassy attitude.  Lame, cheap and cheesy, it'll give you plenty of silly entertainment, which is what I love about Corman films.  No Jedi knights or midochlorians here, just cheap thrills, and written by future auteur John Sayles to boot.
Posted by Werner Herzog's Bear at 5:18 PM

I had Black Hole bedsheets as a youth.

Cool. I had some school folders with pictures of the robots. If this film was remade by the right people it could actually be something really cool and existential.