The Power of Bad Movies 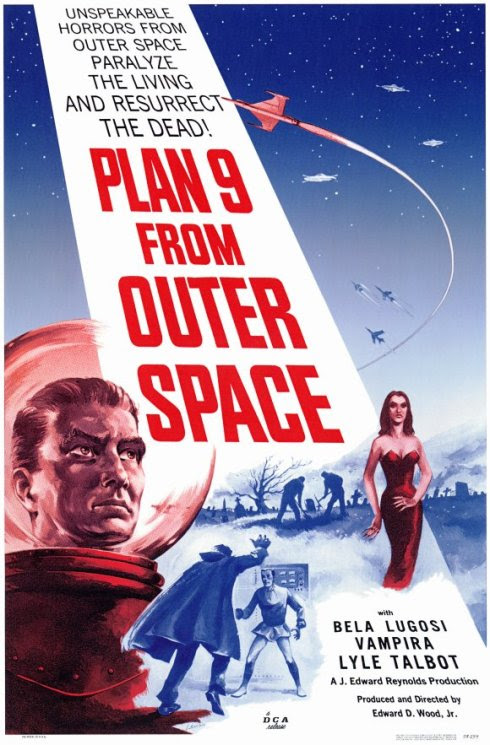 I always seem prone to picking up new popular cultural obsessions and giving my life over to them.  Right now I am doing this with podcasts about bad movies.  This summer I discovered The Flop House, and during the week I took care of the girls while my wife was out of town, I probably listened to the bulk of the episodes.  Recently I have also picked up on the different but equally stellar We Hate Movies.  Both have the same essential premise: three guys get together and make jokes and wisecracks about a crummy movie they saw.  The Flop House looks only at newly released critical and commericial failures, whereas We Hate Movies only takes up films made more than ten years ago (except for special request month.)

I tend to have seen more of the movies that the guys at We Hate Movies rip, because I grew up in a small town where the video store provided the locus of entertainment.  For that reason, I saw a whole lot of movies of varying quality released between 1983 and 1994.  My whole family did martial arts for a few years in the 80s, so I saw a lot of films along the lines of Best of the Best and No Retreat, No Surrender.  These days my tastes are discerning, so The Flop House reminds me that I'm not missing much by limiting myself to art house and foreign films.

That said, these podcasts have given me more appreciation for bad movies.  Watching and hearing others talk about these films is a great way to think about what makes good movies good.  For instance, I re-watched LA Confidential recently, and noticed more than before the narrative and cinematic choices  made by the film-makers.  It avoided easy melodrama, allowed for moral ambiguity, and steered clear of cliches.  These podcasts also help me think about how many great films have bad elements that they are able to overcome.  For example, the dialogue in Star Wars is pretty laughable at points, but it's something I chuckle about, not fixate on, unlike the awful dialogue in Attack of the Clones. The other elements of that film were pretty rotten, too.

I also get a kind of strange kick out of seeing a truly awful film, since the worst of the worst are unique in their wretchedness.  There is simply no other film that duplicates Manos, Hands of Fate.  Nothing in this world will ever be as good as that film is bad, which is a true statement about the fallen-ness of humanity if there ever was one.

Five Bad Movies I'd Recommend Seeing
Some of these films are so bad that they have to be seen to be believed, while others are awful movies with flecks of truly transcendent goodness in them.

1.  Sgt. Pepper's Lonely Hearts Club Band
I wrote one of my favorite blog posts about this one once.  It both desecrated the Beatles album of the same name and helped wreck the careers of the Bee Gees and Peter Frampton, which I guess was only karmic payback.  Ever wanted to see George Burns sing "Fixing a Hole" or Billy Preston perform a resurrection or Carol Channing dance in a big musical number with a bunch of C-list 70s celebrities?  Well this is the movie for you.

2.  Roadhouse
I am still amazed that this was made by a major studio in the 1980s.  It's wall to wall booze, boobs, and brawls with a monster truck crushing cars and Patrick Swayze tearing out somebody's throat.  Roadhouse is basically the magnum opus of dumbass, cornpone backwoods hick culture.  (As someone who comes from the boondocks, I feel I am specially qualified to make that assertion.)

3.  Manos, Hands of Fate
This was most definitely not put out by a major studio, and I was first introduced to it through Mystery Science Theater 3000.  Watching it is actually painful, it hurts.  Someway, somehow this awful still manages to be scarier that The Exorcist and Rosemary's Baby put together, in that you wonder about how the people who participated in it survived with their sanity intact.  (Evidently the guy who played Torgo suffered injuries from his fake goat legs and later killed himself, a fact that I can't avoid when I watch this.)

4.  Convoy
Sometimes a great film-maker falls on hard times and has to do a little hackwork.  By the late 1970s Sam Peckinpaugh probably had more tequila than blood running in his veins, and had pretty much pissed off and alienated everyone he worked with.  With the runaway success of Smokey and the Bandit in 1977, Convoy appeared a year later as the inevitable rip-off/cashgrab, and Peckinpaugh was pulled off of a barstool somewhere to helm it.  Instead of Burt Reynolds, Jackie Gleason, and Sally Field, it features Kris Kristofferson, Ernest Borgnine, and Ali McGraw in a bad perm.  The movie looks awful, it's way too long, and the pacing is way off for an action film.  It's as if Peckinpaugh took the anti-authority message of the film way too seriously.  In objective terms this movie is hack, rip-off rubbish, but when viewed as the dying statement of a great artist working with crummy material, it moves me.

5.  Heaven's Gate
This 1981 Michael Cimino western epic became famous as the biggest flop in Hollywood history, and contributed to the decline of the power of directors in Hollywood.  It has become fashionable among cineastes to defend it as unfairly vilified.  However, make no mistake, Heaven's Gate is still a really bad movie.  The pacing is awful, the characters thinly drawn (especially the immigrant farmers), and the whole thing is just as ponderous as an elephant with gout.  However, it is shot beautifully, with some of the best cinematography I have seen in any movie, ever.  This is one where I like to watch individual scenes and just luxuriate in their beauty, and lament that such sublimity was not paired with story or acting.  It's one of those few bad movies where I watch it and think of how good it could have been.
Posted by Werner Herzog's Bear at 5:51 PM