While I was writing my last post on my old video store, I got to thinking about the long-dead practice of shelf-scanning.  Sometimes I'd go into the store not knowing what I wanted, or what I did want was checked out.  That meant scanning the shelves for something to watch, an activity that I never stopped enjoying.  Some of those VHS boxes were so memorable that I can recall them today, even though I did never get around to seeing the films themselves.  In most cases these were B-movies that needed a flashy image to get noticed.  Here's my list, feel free to add your own in the comments. 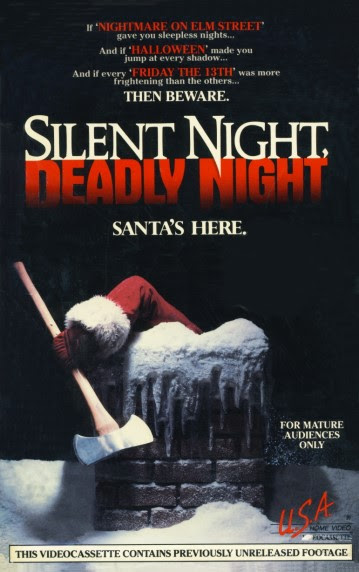 As a child the thought of an axe-murdering Santa really disturbed me, but I could not stop looking at this box. 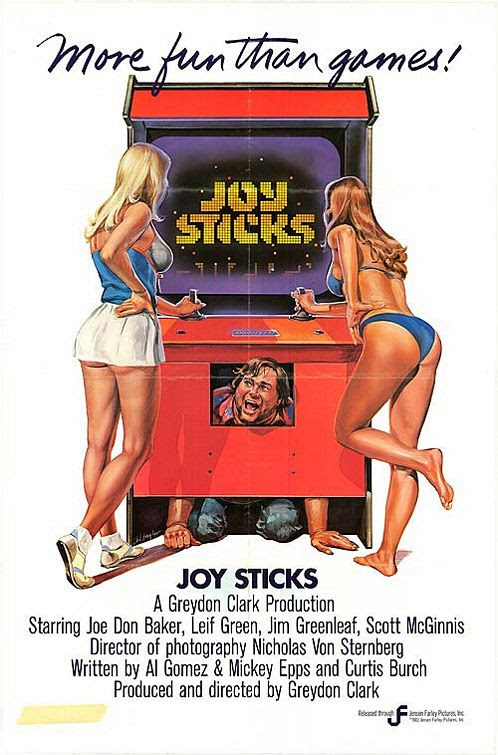 1981's Porky's spawned a whole genre of "boob comedies" in the early to mid-80s that were perfect for the home video market, especially for those who wanted some titillation and cheap laughs but not hardcore pornography.  The young me was simultaneously thrilled and scared by this box, which was raunchier than most in the boob comedy genre. 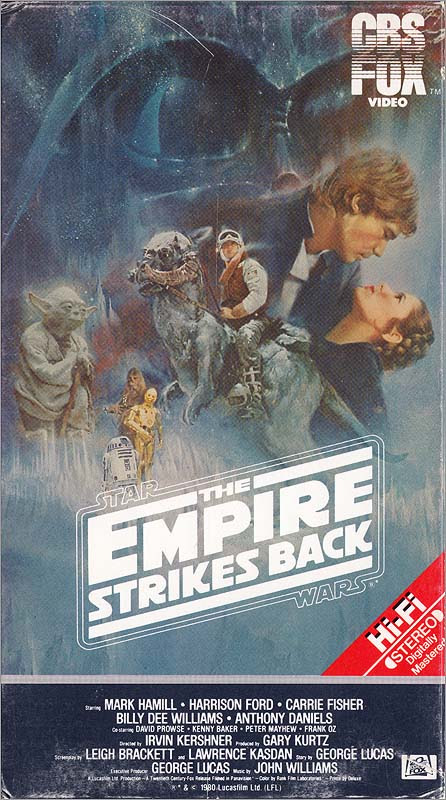 I never had to rent this film because I taped it off of TV during its first ever broadcast and then wore that tape thin.  However, I just loved this cover, with the romantic embrace of Han and Leia.  The human element of the Star Wars was never more evident. 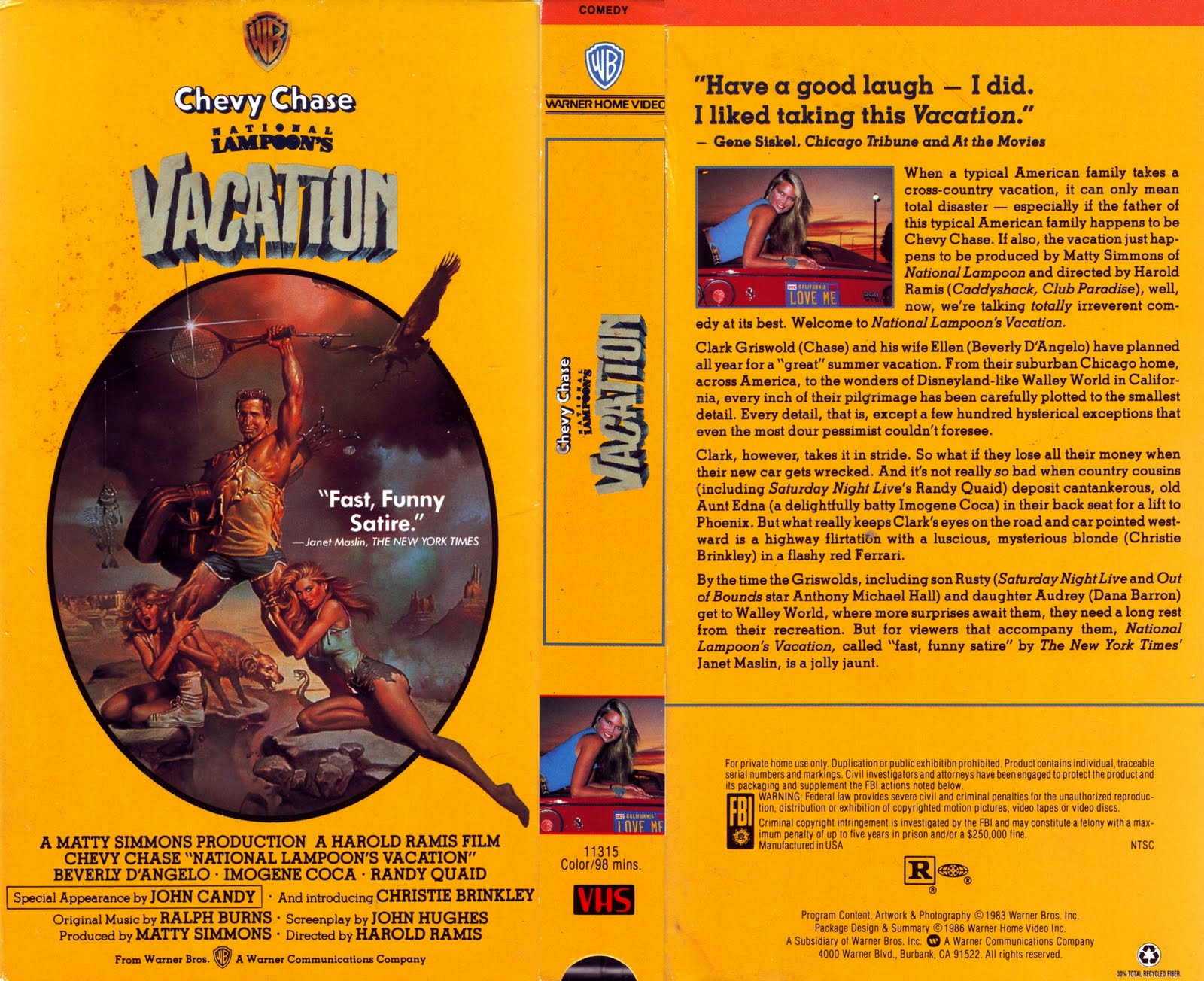 Remember when Chevy Chase was cool?  It was a long time ago, and this was him at his coolest, as far as I was concerned as a kid.  The Star Wars parody of the image on the front was perhaps the first time that I "got" a pop culture reference.

Halloween III: Season of the Witch, 1982

This flick is legendarily bad, and doesn't even feature death-machine Mike Myers.  I've never seen it, but as a kid I found the silhouetted trick or treaters to be especially eerie.

I've always hated slasher flicks (they're usually dehumanizing, misogynistic, and sexually regressive), but many of their VHS boxes intrigued me.  For some reason the image of the bloody blade sticking through the shower curtain, which in retrospect looks tacky, always stuck in my head.  (I guess the movie was in 3-D, so the blade coming out was part of the whole 3-D effects of the film.) 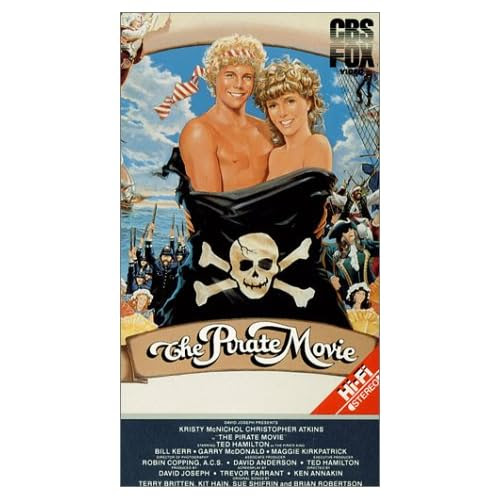 Here's another legendarily bad movie, this one starring teen idols Kristy McNichol and Christopher Atkins on the downslope of their careers.  As a kid I was much confused by the combination of the Jolly Roger with naked youth.
Posted by Werner Herzog's Bear at 5:36 PM